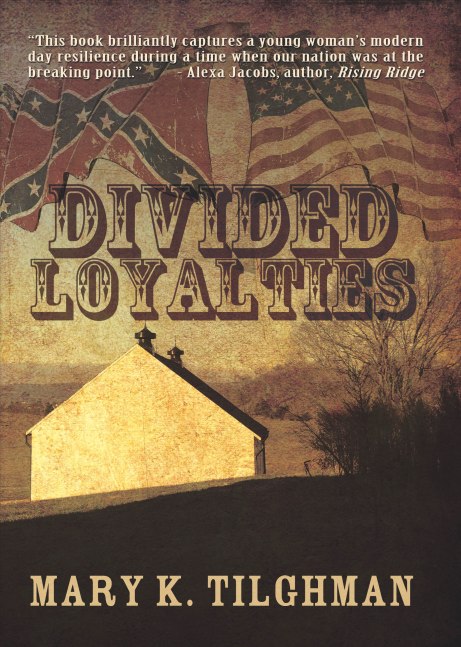 I have marked very few dates on my calendar that mean so much: my birthday, our wedding day, births of our three children.

DIVIDED LOYALTIES was published by Black Rose Writing on that date.

DIVIDED LOYALTIES tells the story of Maureen, an 18-year-old Irish immigrant, who longs to work in a battlefield hospital. Her brother, like so many of his friends, has left to join the Union Army on the eve of the Battle of Antietam. Maureen is determined to find her own way to serve.

As she scans the battlefield by Antietam Creek, where thousands of young men lie dead or wounded, she is certain she has found a way. Just as she helped her father recover after a serious fall, she wants to help these wounded soldiers.

With a pocket full of change and her father’s pistol, she sets out to work in a field hospital. She won’t let anything stop her: not her father who has forbidden her to go, not the soldier who says he loves her. Not even a man with a gun can stand in her way. It may cost her her home and her first love. But these troops gave everything they had.

Maureen knows she must be strong if she is to become — and remain — a Civil War nurse.

DIVIDED LOYALTIES,  a sweet romance set during the Civil War, was written for my mother and my daughters. I wanted it to be a book that mothers and daughters and grandmothers could share, enjoy and maybe shed a tear or two over.

DIVIDED LOYALTIES  is available from blackrosewriting.com, amazon.com and barnesandnoble.com. You can find it on the bookshelves at Greetings and Readings in Hunt Valley, Md., and at the Washington County Visitor Welcome Center, 6 N. Potomac Street, in downtown Hagerstown.

Other book launch festivities (I love a good party) will also be announced here.